Those photographers, who ever used the Tiltall Tripod, like Philippe Halsman, Fabian Bachrach, and the staff at LIFE magazine, have known it to be one of the finest professional quality tripods. Over the past eight decades its reputation as a tripod that is solid, light, versatile and durable, the Tiltall Tripod has not only become the Classic, but also the standard of excellence in the photographic industry.

Creators of the Tiltall Legend, Caesar and Mark Marchioni Back in late 1800s, the Marchioni family immigrated to the United States from the region of the Italian Alps.
The family had run a successful ice cream business in New York City till late 1920s. During the depression, the legendary Marchioni brothers, Caesar and Mark, out of their passion and obsession in photography, started to develop a practical tripod which was light, flexible, and allowed the photographer to shoot his objects from the best and or more creative angles. They set up their machine shop in Rutherford, New Jersey to manufacture this unique product. The good word of mouth spread among professionals and serious amateurs worldwide.
Their venture became a huge success.

Continuation of the Tiltall Excellence with Leitz
After World War II, the Tiltall Tripod enjoyed the fame for its superb quality and excellent performance. In early 1973, Leitz in Rockleigh, New Jersey, who had the reputation in the scientific world as the builder of the highest quality microscopes and in the photographic world as the creator of the world-renowned Leica 35mm system, purchased the Tiltall business from the Marchioni brothers. The brothers, who were then close to the retirement age, trusted Leitz to carry out the tradition of Tiltall Tripod. Leitz moved the Tiltall manufacturing to Rockleigh, where the Marchioni brothers personally trained the staff and supervised the manufacturing to ensure the continuation of Tiltall excellence. Those who have used the Tiltall Tripods over the decades understand they own more than a tripod. They own the Tiltall Tripod. 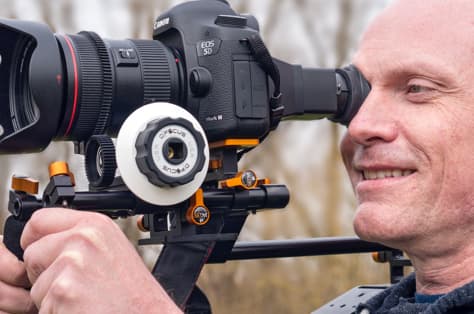 Dr Jochen Mueller is a professional Photographer for over 30 years and he has a great talent to create useful device to help the perfect shooting.

SmartViewer is one of the great inventions.You can monitor the LED view from the sunshine and enlarge the vision to ensure the picture quality. He also invent SmartFlex, SmartCone, SmartClip & etc. All are very special and in advanced concept. 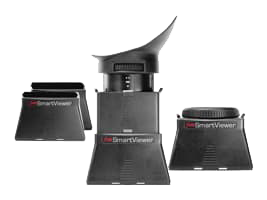 Photographs are basically two-dimensional pictures of subjects captured by digital cameras. The light goes through the lens on the camera. The open and closing of the shutter curtain allows a certain amount of photons to be transmitted to the image sensor to create the photograph. The amount of light passing through the lens is transmitted across the entire surface of the image sensor area. The timing of the transmission of the photons depends on the object being photographed. Two-dimensional pictures result when the objects are placed against the background in the photograph.

Since 2006, EZ Hi-Def. is born and Michael Pham is a creative thinker who has developed a new device which can be used to improve the quality of the photographs which can be taken by digital or film cameras. Base on two main principal collection and reflection from lighting, the resulting photographs will have high definition and look much more realistic than two-dimensional photographs.

Mr. Pham has to transform this idea into real life and it is comparable all digital cameras. The inventor passionately feels a sense of pride about this concept and believes that it deserves immediate attention. EZ Hi-Def. is the next level for digital photography. 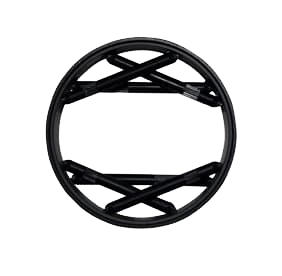